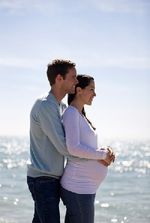 An interest in sexuality reduces depending on development of weakness, nausea, vomiting, propensity for sleep, breast tenderness, physical changes occurring in the body, edema due to increase in vascularization in the genital region, and on causing pain in chamber in the first 3 months of pregnancy.

Increase in the libido begins based on feeling herself good as mental and physical by mother candidate in the second period for 3 months. Enlargement of the uterus, sleeplessness, complaints of stomach, sometimes galactore, leg cramps, pseudo-travails, psychological environment created by oncoming of birth in the last 3 months cause mother pushes sexuality into the background. However, pregnant women experience orgasm intensively depending on increase in blood flow in the genital region. Orgasm causes oxytocin (hormone contracting the womb) release but, does not lead to preterm birth.

Sexual intercourse is not harmful for baby. Mucous plug that forms on cervix acts as a barrier for sperms and bacteria. During pregnancy, in the event of abortion hazard, unknown vaginal bleeding, placenta previa (placenta at the bottom of the uterus), threat for preterm birth, and if amniotic sac is opened, if active condyloma is present in the pregnant woman, if sexually transmitted disease is present, if the last 1 month remains to the birth in single pregnancy and the last 3 months remains to the birth in multiple pregnancy, if she experienced abortion or preterm birth hazard in her previous pregnancies, sexual intercourse is not allowed. 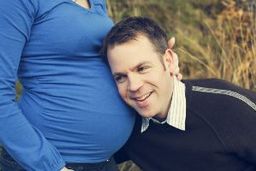 In the event of bleeding after intercourse during pregnancy, please apply your doctor definitely. Intercourse should be realized in sexual positions not creating pressure over the uterus. Caution should be taken because nipple is sensitive, sometimes milk comes from nipple, and oxytocin release can be due to stimulation. Condom should be used because prostaglandin in the sperm can contract the womb. It should not contain chemical substance and lubricant should not be used.

In the postpartum period, reduction in libido is seen due to pain, stitches, edema on site of episio (birth section) or cesarean, due to dryness in vagina. Concentration problem may be had because breast-feeding time is arrived or baby may be ready to cry. After birth, following examination by your doctor, you can learn when you can begin sexual intercourse and how a protection you will apply. Pain during sexual intercourse, which emerges after birth, can be treated with medication and lubricant gels to be suggested. Sometimes vaginismus can also be encountered after birth. Delivery method is not so much effective on life. Pain after intercourse is seen more only in conclusion of improper healing of site of episio opened after normal delivery.